The Doors – The Doors 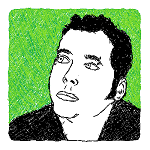 The Doors. How I have not looked forward to writing this review. How I have not looked forward to listening to this album. It’s fairly commonly known that I love me some prog rock, that some tripping out, mental Drug Fuelled Nonsense is one of the things I love most. I love “Piper At The Gates Of Dawn”, I love “In The Court of the Crimson King”. I despise “The Doors” (the album, not the band). The band, for the most part, I like. Jim Morrison was an extraordinary poet, and a pretty good singer. Robby Krieger was a technical and fast guitarist, even if he did play a Gibson SG. John Densmore on drums was ok, I guess. Nothing he did really stood out, but that can be a sign of a good drummer. The problem I have with The Doors is the GODDAMN ORGAN! I know The Doors would have been so different without it, and it’s integral to their sound, but too much organ is a bad thing! I zoned out so often listening to this album, partly due to (assumed) ADD, but mostly due to long, self-indulgent organ interludes.

Released in 1967, “The Doors” was their debut album, so I guess I can’t be too harsh on them. The average age of the band was 23, and they were still trying to find their sound. As with a lot of 60s bands, their line ups chopped and changed often, until 1965, when the line up was finalised. The Doors originally signed with Columbia Records, joining other prominent bands of the time in The Byrds, Simon and Garfunkel, and Bob Dylan. But this partnership didn’t last long, the band agreeing to a release from their contract with Columbia, due to them being unable to secure a producer for their debut album. The Doors then put in the hard yards, slogging it out in the Sunset Strip club scene in California, until they just happened to be “discovered” by a bloke from Elektra Records, joining Love (ewww…), The Stooges, Motor City Five and Tim Buckley. “The Doors” was ranked at number 42 on Rolling Stone’s “500 Greatest Albums of All Time“.

As a three piece band, there was clearly no room for a bass player, so Manzarek decided to sit at his stupid organ and play a keyboard bass with his left hand… Why not just spring for a bass player? There must’ve been heaps around! At least a session player was brought in for recordings. Of all the tracks on this album, I think ‘The Crystal Ship’ is probably my favourite. It’s relaxed, doesn’t have a really invasive organ and has a quite nice picking style acoustic guitar. Morrison’s vocal on it is brilliant as well. “The Doors” does have some strong points though. ‘Break On Through’ is a pretty hard rocking track, that despite it’s current status as a classic Doors track, only made it to number 126 on the American charts, and ‘The End’, while going on forever, provides a great way for the album to finish. ‘Light My Fire’ is a classic. It’s probably the Doors most famous song, reaching number one on the Billboard Hot 100, and number 35 on Rolling Stone’s “500 Greatest Songs of All Time“, but for me, it’s a great song, ruined by about five minutes of wailing organ.

If this had have been a best of album, I probably would have enjoyed it. The Doors do have songs like ‘Roadhouse Blues’ that aren’t organ heavy, and they’re quite good. Jim Morrison was a hell of a lyricist, but I can’t help but think he should’ve stuck to poems, and not inflicted Ray Manzarek upon me. My final interesting fact; for the song ‘Twentieth Century Fox’, all three band members are credited for their respective instruments, and “walking on wooden planks” for the percussive beat sound through the song.

I spent the greater part of this week bagging out The Doors on various forms of social media, and now I’m the one with egg on my face, because somehow I came to enjoy parts of this album. Maybe I’m just being diplomatic but I have this theory that The Door’s albums just don’t do them the justice they deserve. I feel that seeing The Doors live would have superseded any studio recording they released. Especially given that Jim Morrison liked to give more of himself to the performance than your average frontman (If you know what I mean, and I think you do). ‘Break on Through (To the Other Side)’ is the only track getting a mention; its a killer Track 1 and for me is the best track; and wow, Morrison demands attention with his roaring voice and establishes this track as an acid rock classic. This song was the first single ever released by The Doors and you can see why it was such as huge hit. It would have been extremely revolutionary at the time, especially given that (from my interpretation) the song is essentially about drug use. In fact, for the most part, this album just seems like a whole pile of self-indulgent DFN, and was probably so popular at the time because most people listening to it were chemically enhanced. What I did gain from listening to this album was a better understanding of what The Doors did for modern music, in particular the legacy that Jim Morrison left behind. I’m glad I got the chance to listen to it and learn about such a famous band, but it’s just not my cup of tea, and let’s just say that I’ll be closing ‘the door’ on ‘The Doors’ until further notice.

This album makes the list because of the influence The Doors had on popular music. I mean, ‘I Looked At You’, ‘Take It As It Comes’ and ‘Twentieth Century Fox’ are hardly seminal works. There are some great tracks here, but I believe that they never managed to make a classic album. Some of my favourite memories from my teenage years are due to The Doors. My dad and I went to the old OMNI cinema in Leederville to watch the Oliver Stone-helmed movie when I was 15. In Year 12, a group of us watched a lunar eclipse by a bonfire while ‘The End’ played. The Doors cut their teeth on the same LA live circuit as Buffalo Springfield and Jefferson Airplane, but it was Jim Morrison that made them stand out. He was such an introvert that he became an extrovert onstage to deflect people away from his true self. Chemically enhanced or not, his charisma and energetic delivery made him one of rock’s great frontmen, and his influence can be seen in the likes of Iggy Pop, the late Michael Hutchence and Maroon 5’s Adam Levine. Ray Manzarek and Robby Krieger’s extended solos on the hit ‘Light My Fire’ laid the foundations for prog rock. John Densmore’s bossa nova rhythm on album opener ‘Break On Through (To the Other Side)’ is a brilliant touch and I love how the organ and guitar arrive before the vocals start. I also quite like ‘Soul Kitchen’, which has a nice groove before stepping it up a notch for the chorus. The dreamy feel and ethereal lyrics of ‘The Crystal Ship’ are another highlight for me. However there is no surpassing the album’s epic eleven-minute closer ‘The End’, arguably the reason this album is so highly revered. My favourite song by The Doors, its hypnotic pace coupled with Morrison’s lucid poetry mesmerises me.

What do you get when you mix together a bit blues, a swagger of rock and a lick psychedelia? This week’s album by The Doors, who have well and truly earned their spot in this project. Lead singer Jim Morrison was one of rocks first wild childs, living a life of excess with no apologies and thus joining the infamous ’27 club’, with Jimi Hendrix, Janis Joplin and Brian Jones, upon his death. But there is more to Morrison than just his excesses. He was an artist in his own right, seen as a poet as much as a musician. It’s fair to say that he brought an element to The Doors that made them so much more than just another rock/psychedelia band. For all of the fanfare and attention he brought to the band for all of the wrong reasons, it is important to remember the music behind the band. They were successful because they were great musicians who wrote great songs, not simply because they had a charismatic front man. One thing that really stuck with me through this album was the fact that it sounded distinctly like The Doors, which is a pretty impressive feat for a debut album. Over the eleven tracks there are a few that possibly could have been left off, but overall it’s a pretty strong release. For psychedelic rock it actually manages to stay on track for the most part and they manage to reel it in just when you think it’s about to go off the tracks. Favourite tracks include “Back Door Man” and “The End”. I also really like “Light My Fire” just because I really love singing “light my fi-ya” and “get much hi-ya”. Overall I enjoyed the album but it’s not one I think I’ll be revisiting again in a hurry.